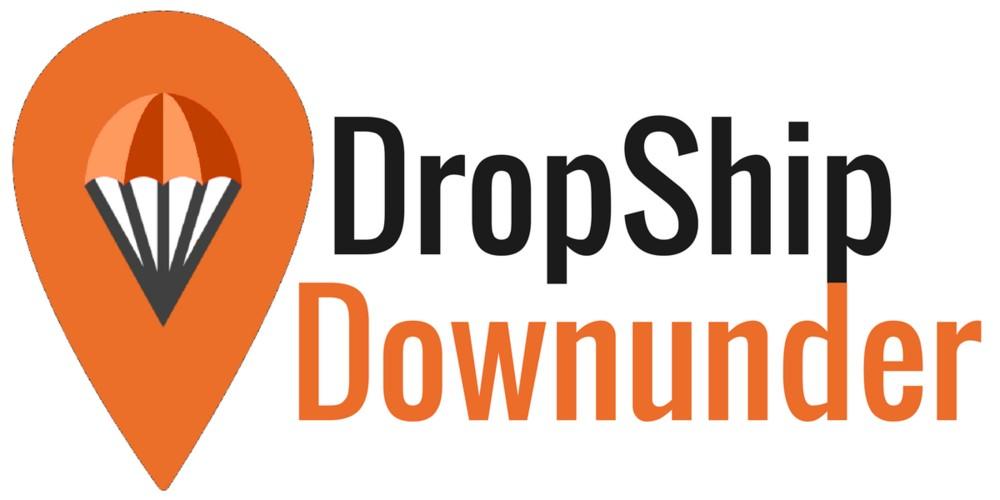 Does Drop Shipping Work in Australia? 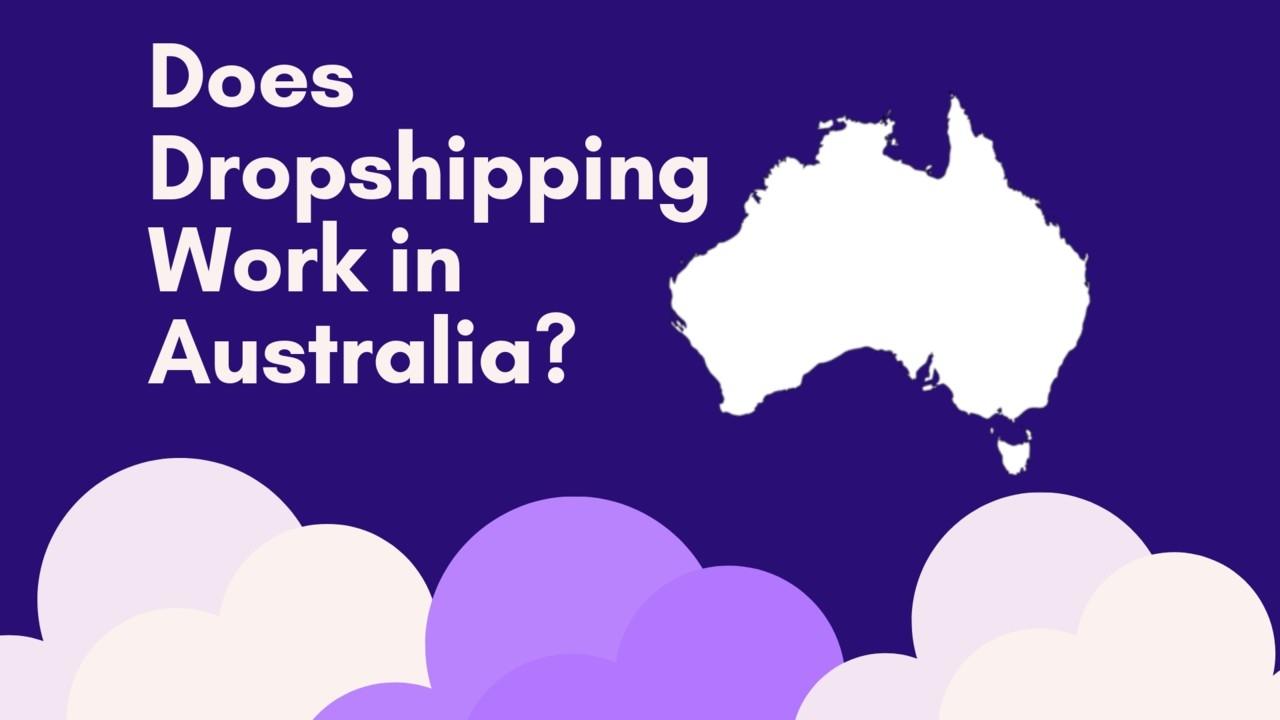 Today I'm going to be covering the pros and cons of running your dropshipping stores from Australia.

Most of my stores are in Australia, and I'll get a lot of these questions: “Does it or doesn't it work in Oz?”, “Give me the pros and cons.” Let's get started with some pros and cons.

A lot of the suppliers in Oz aren't geared for dropshipping, so it can be really hard at times to find reliable suppliers. It's hard to lock them in, it's hard to get them out of the mindset of the whole brick and mortar store and into the idea of selling online. So that is definitely is a bit of a con in many ways, because it is hard to lock them in. I actually see it as an advantage though, because a lot of people give up on the first note, but you can try to negotiate a little bit and work out some terms.

I could write a whole deep dive about this subject alone, but I'll just give you a few quick pointers here. If you get your store up with a few other suppliers, you can always go back to the ones who turned you down and ay “Hey, look, you know I'm working with some of your competitors here. Why not give us a shot now. Look how much revenue we're turning over. As an online retailer, we're selling at least as much as a lot of brick-and-mortar stores, so why not give us a shot?!”

So suppliers can be a con but they can also be an advantage. That brings us to the next con that can also be turned around. Australia has a smallish population, so when you're doing your niche selection it can be difficult to really niche down into one's tiny specific product. Oftentimes you need to expand a little bit, not to be general, but just to have a slightly broader product range, like adding on a few accessories. For example, if you’re into artistry, you might have focused into only paint brushes, but in Australia, you might have to broaden that out just a little bit to include a few other painting-related items. So that's something to think about. It's a smallish population, so you might not have the numbers as far as sales and revenue to turn a really good profit, and you may need to broaden out your niche selection a little bit.

The last con is shipping: Australia is enormous, as all of you watching this understand so, the shipping can be very expensive up to the Northern Territory and Northwest Australia, and even to Western Australia. Most of the sales are obviously on the eastern seaboard and Adelaide, so shipping can be expensive. That's another reason why it's important to go for something lighter than twenty kilos; that seems to be the sweet spot. With anything over a hundred, you're really struggling as far as shipping goes. One little benefit of the shipping in Australia, though, is that Aussies are used to paying for shipping. In the States, everyone

expects free shipping everywhere. People here are willing to pay a little bit more to get their stuff to them.

So, that's three cons. It's kind of hard to find a supply. The population is smallish so you've got to broaden your niche a little bit, and shipping can be expensive. So you'll need to consider these things when you're about to open your store in Australia or are doing your niche selection.

Now, let's talk about the positives. First, there's very little competition: that is the best part about Oz. You can open up a store and be advertising the next day, and there's a very good chance you'd be making sales. There is very little competition because you can focus in on these niche stores, and you can have the best looking sites by using Shopify. There are so many 1990s/2000s websites out there that just look rubbish, and it's so easy to dominate the Aussie market or at least get a foothold and really start building up your site quickly.

So, you've got almost an unfair advantage over people that have got their stores in America and elsewhere, because there's very little competition. It's easy to become an authority site in Oz too, because there's not many dropshippers, there's mostly brick-and-mortar stores that don't really understand how the online market works, so it's easy to dominate. You do some minor SEO and you're on page 1 without too much effort, and I love that because you'll see free traffic all day.

Two of my sites are page 1, listing 3, or something like that, and that was with very little effort. I'm not an SEO expert, although having said that, I've been working through my mate's ‘Corey records’ and ‘Benny scores’ lately. They're specializing in that SEO at the moment, and it's epic, but I don’t want to dive into that right now.

Finally, Australians are very comfortable shopping online nowadays. They are one of the biggest spenders per capita of products and gear online in the world. They're super comfortable with shopping online and that's why within my niche selection, I go for products that are between 200 and 2,000. People are happy to drop that onto their credit card without thinking about it too much, and they're comfortable being patient about shipping, knowing that it's going to arrive within a week or two, and there's no drama. Aussies buy a lot of gear online, so you can be confident that if you build a store or dropshipping store, you can really build a nice success out of it, have a few wins, make a few bucks.

So, that's about it. I have very successful stores in Australia, so if you're thinking about getting started, give it a go. The Australian market is wide open. If you go to America and elsewhere, it's a little bit more crowded. I think there's a lot of opportunity in Australia so it's well worth having a go.

THINKING OF DROP SHIPPING IN AUSTRALIA?

6 Things You MUST Know Before You Do Revealed In This Free Drop Shipping Course! CLICK HERE - http://bit.ly/dsdstartercourse 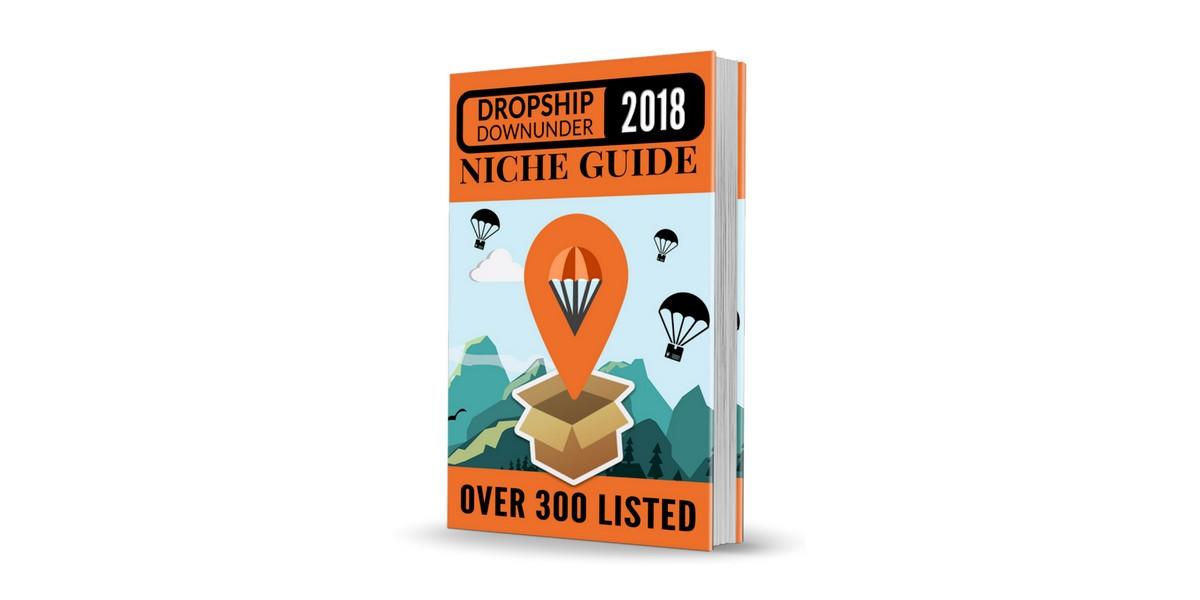